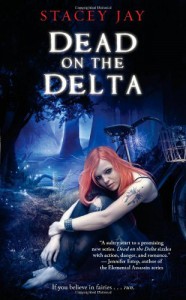 Annabelle has some serious personality issue's. probably some of the worst i have ever read (which is saying something) only to be made worse by the fact she knows better and choices to do the opposite. she also has a crazy amount of self pity and hatred but weirdly enough i still really liked her. though the best part of the book by far had to be the flesh eating fairy's and the crime itself. the beginning of the book was disgusting and disturbing but really set the scene for Dead on the Delta.

The one thing did have an issue with that comes to mind is Hitch. I just dont understand how Annabelle could risk what she has with Cane for Hitch. dude is a dick and clearly has no problem continuing his life without her. ugh. so aggravating

Im not sure i'm going to read the next book because of hitch and the ridiculous ending. I suppose I'll scope it out and make up my mind later.